A Terrorist Sympathizer Aspires to be Prime Minister – Why Doesn’t O’Toole or Trudeau Speak Up? 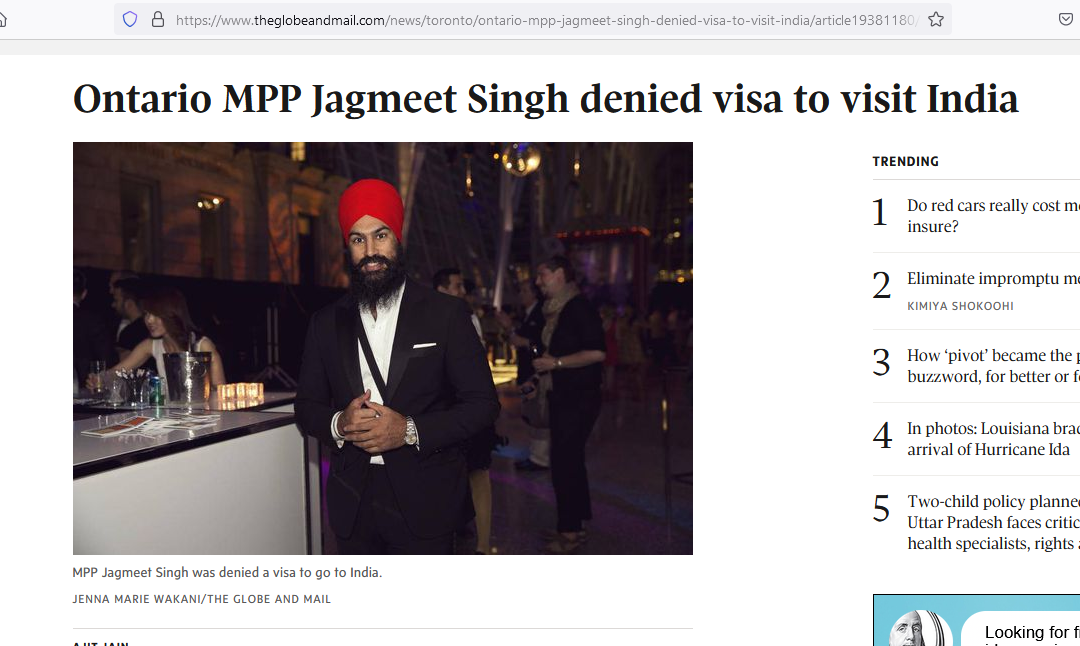 Canadians are slamming their heads against the wall once again after 4years: as how to Jagmeet Singh of the NDP and also a terrorist sympathizer of (Inderjit Singh Reyat) of Surrey BC. Made infamous for the 1989 Air India Bombing” can aspire to become Prime Minister who is still presently BANNED from entering India to the present day.
As Jagmeet Singh has never apologized to the 268 Canadian Families who perished on board. Or separated himself from Khalistani Terrorists presently within Canadian communities responsible for killing all 329 passengers onboard’
-Canadians have also begun to ask themselves as to why several candidates refuse to bring up this issue which many of all stripes and political affiliations including the legacy media have been aware of prior to 2016?
#NotMyPrimeMinister
https://www.theglobeandmail.com/news/toronto/ontario-mpp-jagmeet-singh-denied-visa-to-visit-india/article19381180/?fbclid=IwAR1tLUhq9uHSjHFbV_aFds3YGBXAtsqwpKivqSHhcCXvGCIEZIYT87lndXA
Click to rate this post!
[Total: 0 Average: 0]
One Thought on A Terrorist Sympathizer Aspires to be Prime Minister – Why Doesn’t O’Toole or Trudeau Speak Up?

Guess they don’t care about Jewish, Roman Catholic and Muslim women who are badly affected by religious tribunals.